Walking along the path I heard a croaking sound, a frog… I looked for at least 5 minutes going up and down the path trying to find where this frog was.

Looking more and more, focusing on the croaking sound, I noticed glistening within the grasses.

It was a call of survival. The frog had both front arms out for leverage to make it more difficult for the snake from swallowing it, the frog was fighting for its life. The snake was in much need of food to survive through the Florida winter season. It was difficult to watch, but this is nature, this is the survival of the wild, naturally. The fate of the Southern Leopard Frog is unknown.

About the Peninsula Ribbon Snake, a threatened state species

-Habitat:   Generally near water, including mangroves and spartina (is a perennial deciduous grass which is found in intertidal wetlands, especially estuarine salt marshes )marsh as well as freshwater depressions and ditches.
-Florida Distribution:   The state-protected Lower Keys population is known from No Name, Big Pine, Middle Torch, Cudjoe, and Upper Sugarloaf keys.
-Range-wide Distribution:   T. sauritus, the eastern ribbon snake, inhabits non-mountainous areas throughout the eastern U.S.  The peninsula ribbon snake, T. s. sackenii, ranges from southeastern South Carolina through Georgia and the Florida peninsula to the Keys.
-Conservation Status:   Key Deer National Wildlife Refuge protects some habitat, but much habitat is threatened by development and drainage.
-Protection and Management:   Protect all Lower Keys wetland habitats, from drainage, pollution, and disturbance by surrounding them with broad, terrestrial buffers.  Protect underground freshwater lens from overconsumption, which would lead to saltwater intrusion.

I am used to seeing Bullfrogs, and tree frogs, so this is the first Southern Leopard Frog I was able to photograph.

While at Chinsegut WEA with a friend… we ventured out to take some photos of some bullfrogs and came across this Florida Banded Water Snake.

The Florida Banded Water Snake is a non-venomous snake and solely relies on freshwater habitats and with all the rain last month this snake has a plentiful food source of bullfrogs.

Just because this snake is harmless, it still can bite…. so snap your photos from a distance and let it be.

We have always heard them during our travels at Chassahowitzka WMA, but never seemed to have been able to photograph them.

Some interesting facts about the American Bullfrog…..

This is not an educational blog, this is merely a blog of what I have personally photographed during my visits to some of the most incredible places Florida has to offer.

Links are provided for additional information and by no means should be invalidation. Please seek professionals for any questions you may have.

All photographs are copyrighted by Alice Mary Herden unless stated otherwise. If you wish to use any photos for educational purposes please contact me. Thank you. 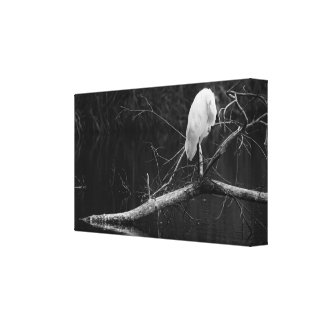 All photos on this website are copyright of Alice Mary Herden | Green-Fly Media LLC. These photographs may not be reproduced, screen print captured, distributed, modified or re-posted to other websites without the express written permission.

If you suspect a fish, wildlife, boating, or environmental law violation, report it to the FWC’s Wildlife Alert Reward Program: 888-404-FWCC (3922).